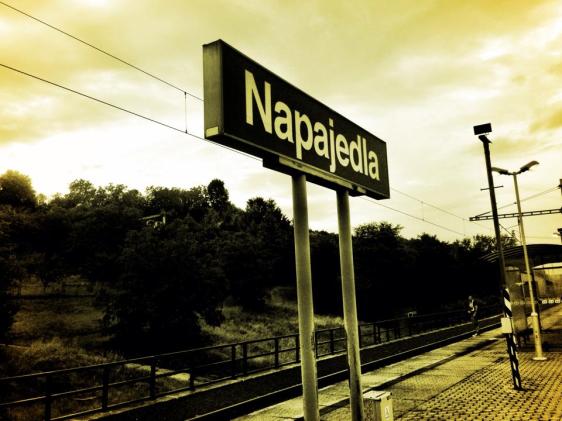 Napajedla is a small town about 13km south of Zlin and doesn’t have a brewery. When we mentioned it to friends of the blog and students, they all asked if we were going horse riding for the day. Apparently the area is famous for horses and a quick Google search confirmed this.

It is also situated on the Bata canal and the first plan was to travel down to Hodonin, hire a boat and sail up to our first away game of the season. You won’t be surprised to hear that such elaborate plans were quashed due to the fact we weren’t exactly familiar with boats, although one Klobása had been on a family holiday on the North Walsham canal in 1994 and offered to …er…take us  up the Bata.

So, bus it was and we set off early on Saturday morning to tour the town of Zlin, built up by shoemaker Tomas Bata in the 20th century and with very few architectural highlights. However, it is home to two breweries and the largest shoe in the world, so that in itself made the town worth a visit. More research and you find out that in the 1930s the Bata skyscraper was the second tallest building in Europe. Trivia over.

First stop of the day was the football stadium in Zlin for a photo of the floodlights. Picture acquired and 30 mins of Zlin B v Slavia Orlova in the MSFL (3rd league) ,we headed towards our first brewery of the day. Cechmanek brewery is owned by former NHL hockey star Roman Cechmanek (I wonder where he got the idea for the name of his brewery) and in 2013 he swapped tending goals for tending customers beer needs in his own modern craft brewery. Of course, like any other pivovar they produce their own Czech lagers and are also dabbling in pale ales. With it being a sunny day, we decided to go with the summer ale, supped it in the garden before heading past the streets of Bata houses and onto our next brewery in Malenovice, a suburb of Zlin. 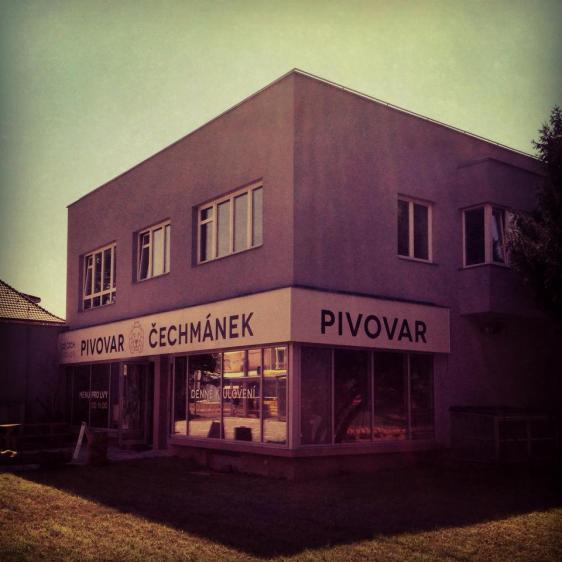 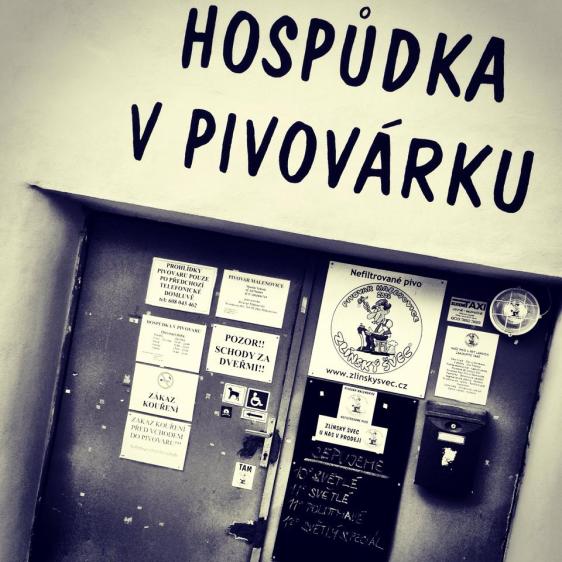 By the time we’d finished our 4th beer of the day, it was time to don our scarves and catch the final bus of the day to Napajedla (which translated means waterhole). 10 mins later and we’ve arrived in the town and signalled to the bus driver to let us off. Which he did. Minutes later and looking completely lost we noticed that the bus was still at the stop with the doors open. Yep, you’ve guessed it, the bus driver had clocked our scarves, realised we had got off at the wrong place and without saying a word was gesturing for us to get back on the bus, causing the other passengers to burst out laughing at the stupidity of TBK. (Thanks driver, if you are reading this). 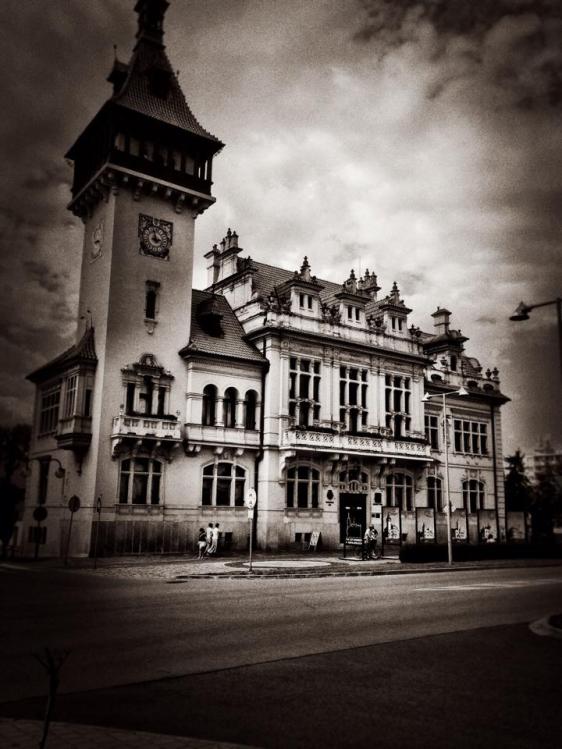 Around 30 minutes before kick off we were in the ground and being greeted like long lost brothers by the all connected with the club. Fans, players, goalkeeping coaches, assistant managers all said hello and I must say that it was really quite touching.

More beer bought and to take to our our place in the stands (One row behind the drummer). The Fun Club had decided that Napajedla was worth a second drum. Pavel and Pavel Jnr didn’t take long to find their rythym and it must be said (with no bias) that they are the most tuneful in Divize D. With TBK on vocals we screamed out our first chant of the day. Game on.

The thing about lower league football in Czech Republic is you don’t know how many players will stay at the end of each season. So, it was no surprise to see Blansko had changed manager and signed 4 new players on loan from top league Zbrojovka Brno. The team had lost Jan “Goaldelka” Koudelka to the ambitious Prostejov, who fully deserves his crack at pro football. I wouldn’t be surprised if he’s banging in goals in the top league soon as the boy is a major talent and of course a major loss to Blansko. 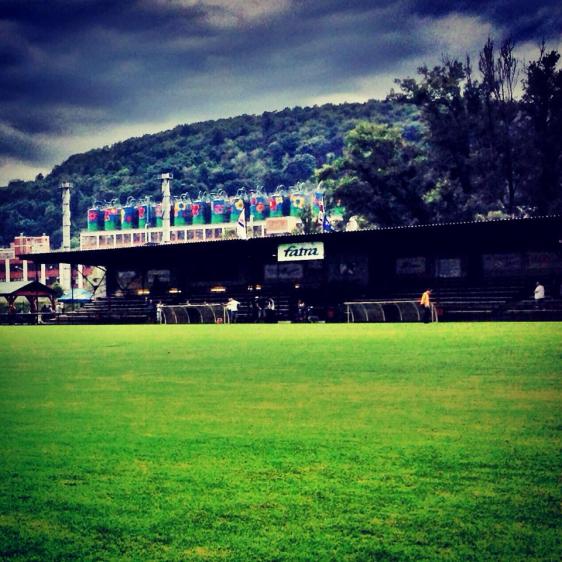 So, the game. Before the drummers had set up their kit, we were 1-0 nil down. Don’t ask me how as I barely have a recollection of the goal, but I am sure it was a gift from the Blansko left back. It didn’t take long for the boys in blue to draw level – new boy Levai turning the ball home a minute later. 20 minutes later and to the delight of the 20 strong away following, Blansko were in front thanks to new old boy Ondra Ullman who found the net after some neat play from Honza Honza. An entertaining first half finished on 44 mins (what is it with Czech refs blowing up early?) and celebrated by members of TBK purchasing the first klobása of the season… a poor effort it must be said – although the girl behind the bar very kindly added kren to our order by special request. Top marks for that! 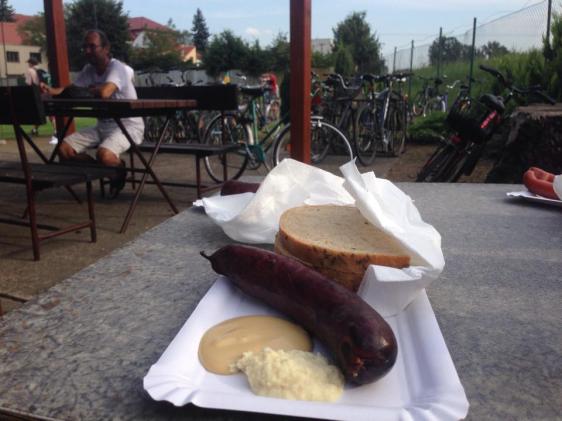 The second half brought no further goals, but lots of clear goalscoring chances and a storm so wild that it lead to the ref taking the players off for 5 mins. A great start to the season and nice to see the new players getting off to a flyer.

– The invitation from a friendly barmaid for Craggy to pour his own beer.

– The new songs. “Knowing me, Knowing you ….Zouhar”

– The welcome from Blansko

– The welcome addition of kren to the klobasa

Not so good – Svec Brewery closed on a Saturday

Next up Frydek-Mistek in the cup. 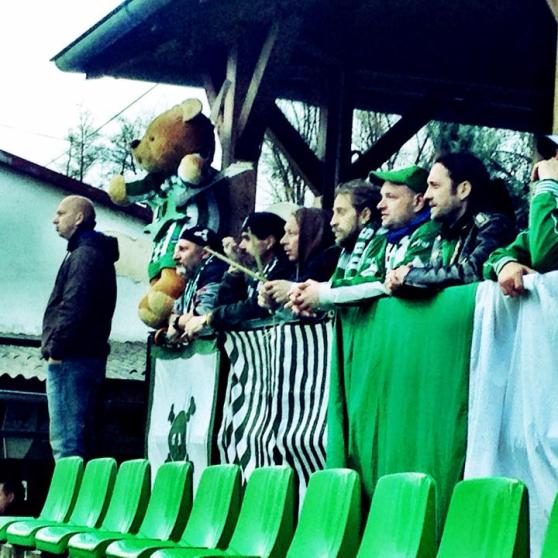 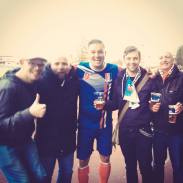 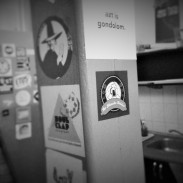 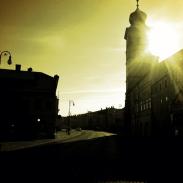 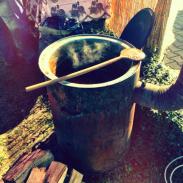 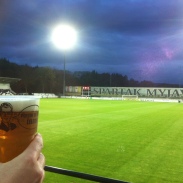 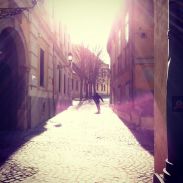 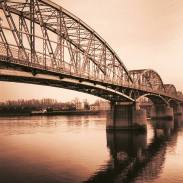 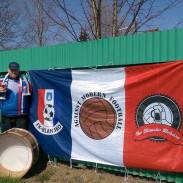 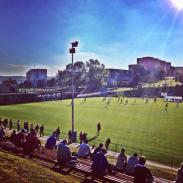 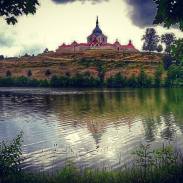 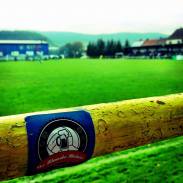 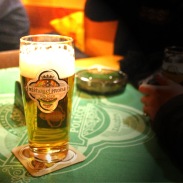 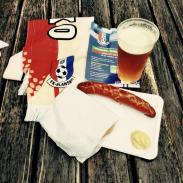 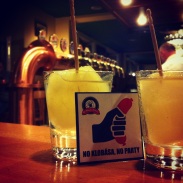 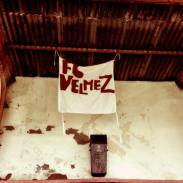